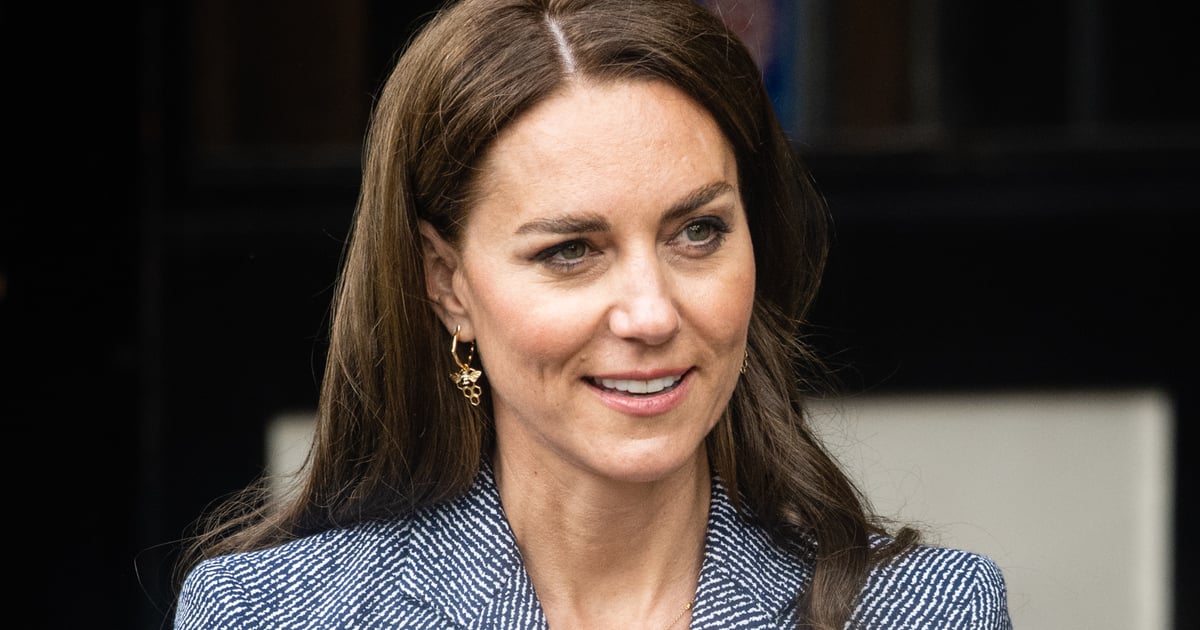 As POPSUGAR editors, we independently curate and write things we love and think you’ll love too. If you purchase a product that we have recommended, we may receive an affiliate commission, which in turn supports our work.

Kate Middleton made a symbolic fashion statement at the May 10 opening of the Glade of Light memorial, which commemorates the victims of the 2017 terror attack at Manchester Arena. The British king wore earrings adorned with bee and honeycomb charms as a nod to Manchester’s long-standing emblem. The worker bee symbolizes the English town’s hardworking past and came to represent unity after the bombing at an Ariana Grande concert held there five years ago. Grande herself got a bee tattoo behind her ear in solidarity with the 22 people who died.

Middleton’s earrings were custom made by London-based luxury jeweler Vanleles Diamonds for the occasion, as confirmed by Page Six. An upgraded version of the brand’s Nile hoops, they’re made from yellow gold, enamel, diamonds and sapphires, and each is adorned with bee and honeycomb charms. As they were bespoke for the memorial unveiling, it’s clear the Duchess intended to show her support for the victims and their families.

As for the rest of Middleton’s ensemble, she revisited her personal archive, as she often does, bringing back the blue-gray Michael Kors coat dress she first donned during her royal tour of Australia. in 2014. She completed her look with a navy blue top. Polène handle, matching suede Rupert Sanderson pumps and a lapis lazuli pendant necklace by British jeweler Astley Clarke.

Ahead, take a closer look at Middleton’s latest memorial style moment and shop for his accessories.