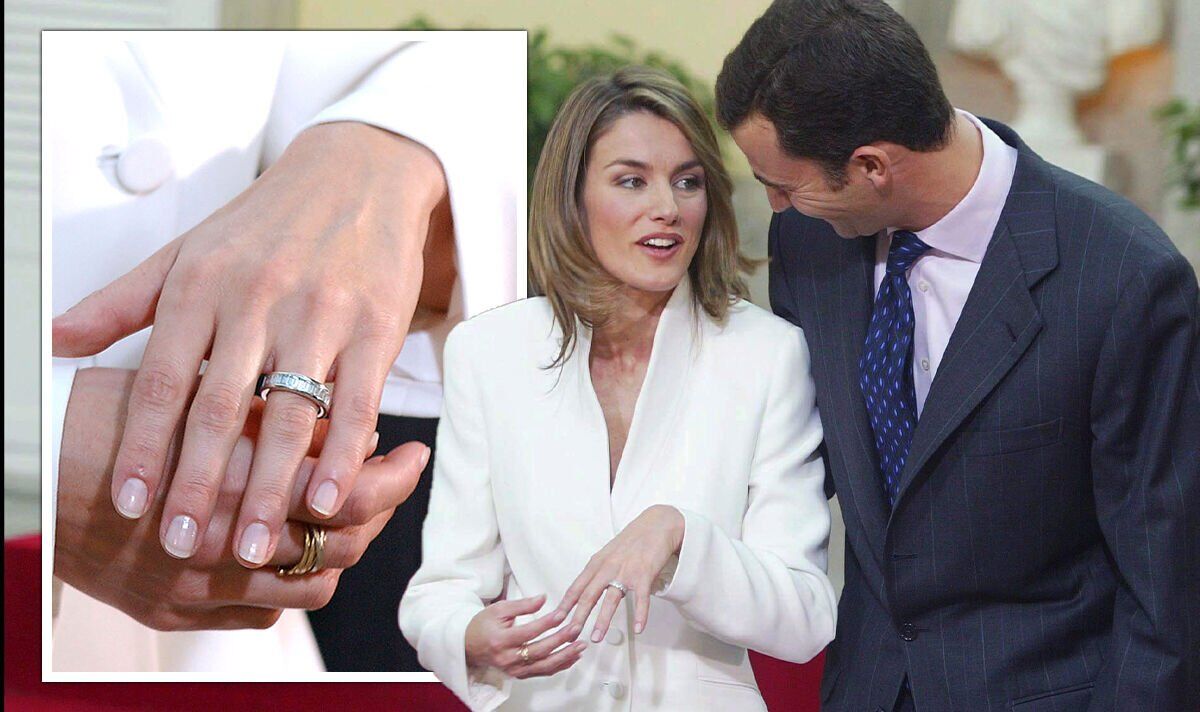 Letizia Ortiz was a television journalist in Spain when her engagement to the then Prince of Asturias was announced in 2003, and many were surprised as the romance was not public knowledge. Letizia and Prince Felipe posed for photos at Pardo Palace in Madrid to mark their upcoming nuptials, and the future queen showed off her diamond ring to the world.

Instead, several uniformly cut baguette diamonds are set in a single band.

“The Queen is rarely seen wearing it, preferring to wear other jewelry from her collection.”

Mr LeVian pointed out how Letizia’s ring is different from many in the British royal collection.

“The design is unusual in that it does not include a central gemstone, unlike for example Princess Diana’s or Queen Elizabeth II’s engagement ring,” he said.

Mr LeVian added that Letizia’s engagement ring was more of a “classic eternity ring” in style.

She wore a custom-made dress by Manuel Pertegaz with long sleeves and an open collar.

The bride’s 4.5 meter long train stunned guests, and she wore a pair of shoes by Pura López.

The Prince and Princess of Asturias would fulfill their roles for several years before Felipe took the throne in 2014.

The King and Queen have two children, Princess Leonor and Infanta Sofia.